Vriksha nursery is a second generation nursery based in Mumbai where we strive to change the face of urban gardening in India with over 25,000 gardens executed in Maharashtra/Goa/Gujarat. We have a team of dedicated professionals who will leave no stone unturned to give you gardens of the utmost quality. Vriksha nursery has been synonymous with innovation in our field be it set landscaping(over 15000 teleserials/movies/adfilms), temporary landscapes (over 2500 exhibitions and weddings),ikebana flower arrangements, urban farming, rooftop gardens,living walls etc.
contact us :9820704069 Email: shaan_lalwani@hotmail.com
or better still
Drop by at: 1 ganga apts ,
irla railway soc(2nd last bungalow lane opp papilon hotel )
mumbai 400056.
WHY GO GREEN...WHEN NATURE HAS SO MANY COLOURS TO OFFER!

How the Lunar Eclipse effected the plants at Vriksha.

Plants like most humans are comprised of over 60% water or more ....and like everything else the eclipse has an effect profound influence on the behaviour of plants , though there isnt much research done on this we sat last night to observe some of our plants during the  total lunar eclipse .What we saw noticed was quite amazing.
Vriksha Nursery in Mumbai is home to over 700 varieties of plants both exotic and native , and though we shut our gates for the public at 6 the plants completely come alive in the moonlight at this little oasis of green in the city. During the eclipse we decided to look around, look down at our plants and not up at the gorgeous blood moon. we decided to to observe some of the more tactile plants and see how they reacted . 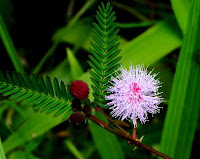 plants we observed usually these plants when not interfered with would remain open through the night...just as we were approaching the eclipse around 12:50 the plants closed on their own...not 1 or two all 30 of them decided to close within 10-15 mins. 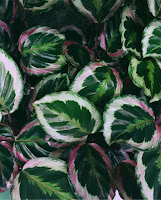 2) the marantas :- In response to darkness, the leaves of a prayer plant (Maranta leuconeura) move from a horizontal position to a vertical position, similar to a pair of praying hands what was amazing to see was the beautiful purple backs of the leaves in full display . and though we only end up appreciating the bright colourful fronts of the leaves trough the day was quire amazing to see the appreciate the purple backs 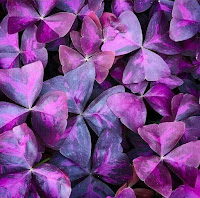 3) the oxalis : Shamrock leaves (Oxalis) assume a horizontal position in sunlight and droop down and closed during the night.  Iv seen plenty of timelapse videos showing how gorgeously these beauties moved and almost danced in accordance to the light and though you cant spot these with the naked eye 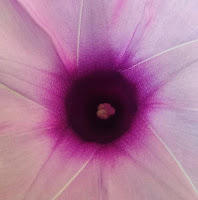 4) Argyreia nervosa :- this gorgeous flowering climber is generally a hot spot for the night pollinators , the moths ,fruit flies , small butterflies ,  and though the crickets were extremely noisy, the toads were in full croak and the mosquitoes were out to feast the pollinators were surprisingly missing. 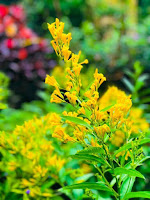 5)the raat rani   plants are triggered to open their flowers in the evening to release fragrances that attract night-flying pollinators the raat ranis too were in full bloom last night the fragrance of these guys were stronger than usual, but with the pollinators missing in action we were the only ones enjoying its fragrance while sipping on our coffee and observing and listeing to the sights and sounds of Vriksha . 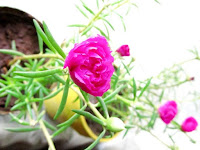 6) portulaca grandiflora :- While the blood moon was shining bright the office times that generally remain closed opened midnight Variations in the photochemical phases of solar light during lunar eclipse may be responsible for the observed depression in photosynthetic rates.

Final observations :- Though i didn't make enough notes to tell you why or what exactly is the reason for the plants to behave in this way during the lunar eclipse. Its quite certain that its one of the most exciting times to be at the nursery.  the eclypse has important consequences for plant growth and pruning: vigorous, sappy plants will suffer if cut, harvested, or pruned close to the full moon.Those who work with our herbs will sundelly notice a slight change in its fragrance or taste . Moonlight is subtle and has only a 15% effect on pant growth Most plants seem to need a rhythmic exposure to moonlight—at least for a week or so around the full moon—for optimal immunity, wound healing, regeneration, and growth and the lunar eclypse surely effects the same.
Posted by Shaan Lalwani at 11:46 AM

Promote your Page too

Shaan Lalwani
I am Shaan Lalwani and am the 31 year old owner of this rapidly expanding concern . This nursery was passed down to me by my parents who fully supported me in getting my B.Sc degree in horticulture(Dr BSKKV ,Dhapoli) & attending one of the best landscape schools in the world for an M.A. in landscape management(University of Sheffield,U.K).You can get weekly updates on my blog & are free to contact me on my cell number for any questions regarding the gardening world.