Vriksha nursery is a second generation nursery based in Mumbai where we strive to change the face of urban gardening in India with over 25,000 gardens executed in Maharashtra/Goa/Gujarat. We have a team of dedicated professionals who will leave no stone unturned to give you gardens of the utmost quality. Vriksha nursery has been synonymous with innovation in our field be it set landscaping(over 15000 teleserials/movies/adfilms), temporary landscapes (over 2500 exhibitions and weddings),ikebana flower arrangements, urban farming, rooftop gardens,living walls etc.
contact us :9820704069 Email: shaan_lalwani@hotmail.com
or better still
Drop by at: 1 ganga apts ,
irla railway soc(2nd last bungalow lane opp papilon hotel )
mumbai 400056.
WHY GO GREEN...WHEN NATURE HAS SO MANY COLOURS TO OFFER! 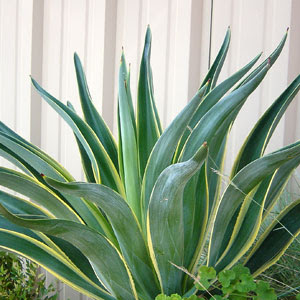 Iv been on the run collecting plants from across the country for my site (GODZILLA BUNGALOW(mudh island.....its named funnily but is a oriental themed bungalow for parties n shoots).So while researching the plants i came across something that i just had 2 share...Agave is a common plant iv used it and seen it almost everywhere its a hardy landscape plant that when used on mounds or groups look stunning.
.Archeologists say the Aztecs cultivated the Blue Agave starting over 9,000 years ago and made a variety of wine or beer from the plant.Contrary to popular misconceptions, tequila is not made from cactus but rather from the agave plant, a member of the lily family.Agave plants are succulents with long spiny leaves. There are more than 400 species of Agave all native to america and mostly to Mexico. They live for many years as a rosette of thick, fleshy leaves, then flower once (often around 30 years old or so) and die. Like a bromeliad , once an agave blooms it will die. But before it does, it will produce several new plants around its base.So when entering one of these forest nurseries i was stunned to see these plants used as a natural fence all around the nursery..(mainly because the plant has a nasty thorn on the end of each leaf...and cattle don't seem to like the plant). 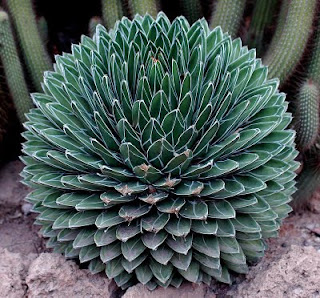 PROPAGATION:Easy to grow, the Blue Agave plant grows best in tropical conditions. Blue Agave wants lots of sun, warmth and little water in good soil. Great enjoyed for a few years in a nice pot then into your landscape for a unique look guaranteed no neighbor of yours will have .one important care tip this plant hates water logging & frost.It will be its bluest in full sun which will also help to keep fungal diseases at bay 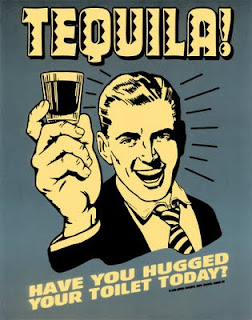 How is tequila made:Tequila is made from the distilled sap from the hearts (pinas) of the Blue Agave plant.Plants are harvested after being in the fields for 8 to 12 years. The long spear shaped leaves are cut off leaving the large pineapple-like cores.The pinas are then slow roasted or steamed, and pressed or ground to release the juice.This liquid is then fermented and, at a minimum, double distilled.

Agave nectar is 1.4 to 1.6 times sweeter than sugar. Agave nectar is often substituted for sugar or honey in recipes. Agave is commonly used as a Vegan alternative to honey in cooking. Because it dissolves quickly, it can be used as a sweetener for cold beverages such as iced tea...

tequila has to be one of the most sought after liquors has influenced many artists ,world leaders and has made people do some things that they have been proud of and somethings that they are ashamed of whats your drunk tequila story the best  25 stories get one of these awesome agaves delivered to your doorstep. Ne ways signing of this post with
One of my all time fav song :

We also sell the plants for rs 350 each drop by to own this absolutely beautiful plant
Posted by Shaan Lalwani at 10:40 AM

Promote your Page too

Shaan Lalwani
I am Shaan Lalwani and am the 31 year old owner of this rapidly expanding concern . This nursery was passed down to me by my parents who fully supported me in getting my B.Sc degree in horticulture(Dr BSKKV ,Dhapoli) & attending one of the best landscape schools in the world for an M.A. in landscape management(University of Sheffield,U.K).You can get weekly updates on my blog & are free to contact me on my cell number for any questions regarding the gardening world.